In Search of Ancient Astronauts 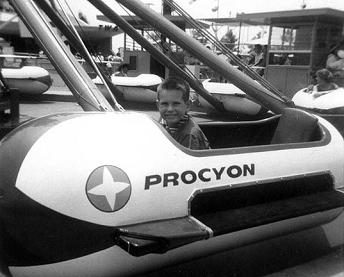 “In Search of Ancient Astronauts” is my latest contribution to the self-assembling book I’m writing, a drive-by cultural critique and anti-memoir titled Don Henley Must Die (I’m open to subtitle suggestions).

By “self-assembling,” I mean: Written as a series of free-floating essays, orbiting around a central theme. With luck, the finished book will feel hypertextual, rather than merely…disorganized. The idea is to avoid linear chronology, which stinks of autobiography, and to embrace a connectionist paradigm, rather than the usual rhetorical structures used in essays. Think Didion and Davis starring in a nortec remake of Almost Famous. Or something like that.

In my bylines, I call this book-in-progress a search for the cultural psyche of Southern California, where I grew up in the ’70s, amid San Diego’s badlands, borderlands, and suburban sprawl. Several recent essays—the seed DNA for book chapters—have appeared in Cabinet, evidence of editor Sina Najafi’s intellectual courage, and of the panoramic sweep of his fascinating little magazine.

(If you’re unfamiliar with Cabinet, I’ve written a quick backgrounder here. Or you can just wander over to their site, and poke around. FYI, Cabinet is available at bookstores such as Barnes & Noble, as well as other outlets, around the country. Alternatively, it can be bought directly from the publisher.)

As always, here’s a teaser to seduce you into buying the magazine:

In Chula Vista, the San Diego suburb where I grew up in the ’60s and ’70s, rocket summer was an unchanging mental season for anyone whose father worked in the aeronautics industry, as my stepdad did.

My stepdad worked on the tailfins for the sleek, swept-wing fighter jet that knocked Tom Cruise out of the spotlight in Top Gun—the legendary Grumman F-14 Tomcat, which entered military service in 1972. He had a hand, too, in the engine nacelles for the DC-10, the 727, and the 737; the thrust reverser for the 747; the exhaust system for the Concorde; and the space shuttle boosters.

Little wonder, then, that my mental skies were crisscrossed with the contrails of SSTs and the fiery plumes of ascending moonships.

I lived with one foot in the future, a parallel dimension where supersonic travel, jetpacks, lunar vacations, and offworld colonies under geodesic domes were already a reality. Disney’s Tomorrowland fueled my fantasies. Once a year, on Rohr night, when the park opened its gates to Rohr employees only, I thrilled to the space-jock jargon and simulated microgravity of the Flight to the Moon (brought to you by McDonnell-Douglas) and the Incredible Shrinking Man effects of the Adventure Through Inner Space (brought to you by Monsanto). By moonlight, Tomorrowland’s aerodynamically cool monorail and spaceport architecture made the master-planned technocracies and interstellar odysseys in my stepdad’s Isaac Asimov novels and Popular Science magazines seem suddenly, thrillingly real.

But Tomorrowland only literalized the Visions of Things to Come floating around in postwar America. Space evangelists such as Willy Ley, Wernher von Braun, and Lester Del Rey spread the gospel of space exploration and colonization through children’s books that were equal parts edutainment, pulp SF, and boys’ adventure story. Ley’s inspiring tract, The Conquest of Space (1949), cut the die for the genre: ringingly romantic evocations of space travel, brought to life by the superreal clarity of Chesley Bonestell’s artwork. Bonestell’s views of Saturn Seen From Titan, The Surface of Mercury, and Exploring the Moon were stills from a movie not yet made, one that every schoolkid was certain he would one day star in. “The younger generation of rocket engineers is just beginning,” wrote Ley, in 1951. “They are of the new generation to which space travel is not going to be a dream of the future but an everyday job with everyday worries in which they will be engaged.”
While my stepdad built the casings for the boosters that launched the moon rockets, I climbed Bonestell’s dramatically lit lunar ridges, plumbed the depths of their shadowed craters. I teleoperated the spiderlike robots in Ley’s Space Stations (1958), assembling a huge, ring-shaped spacelab high above the earth. I flew through the cosmic void in Lester Del Rey’s Space Flight: The Coming Exploration of the Universe (1959), propelled by the jetpack in my weirdly medieval metal spacesuit, mechanical claws sprouting from my gloves and boots.

Like the rest of my generation, I was itching for liftoff. Tang was in our mother’s milk; the course of our fantasies was plotted by books like Mae and Ira Freeman’s You Will Go to the Moon (1959), whose perky text managed to make lunar colonies sound as cozily familiar as the suburbs:

You can see more from the top of this hill.
Look! Do you see that house?
That is the moon house.
That is where you will live on the moon.