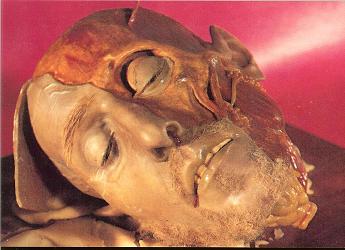 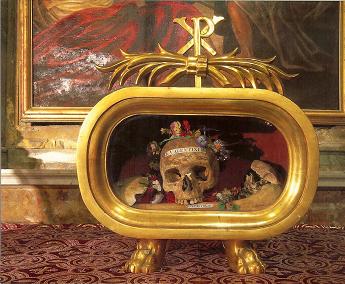 I’m still picking the shrapnel out of my Kevlar backside. A rite of passage, to be sure. Anonymous posting seems to enable the most troll-tastic troglodytism or, worse yet, a Nitpicking Unto Death. But BB’s hive mind is supersmart, so when the critiques were constructive, they were invaluable. I was mightily impressed by some posters’ intellectual generosity of spirit, their willingness to share their wisdom and thoughtfully challenge my arguments. And the editors—especially the long-suffering David Pescovitz, who shoveled my screeds onto the site because Boing Boing’s back end makes piloting an F-15 blindfolded look like a cakewalk—were marvelous.

As I wrote in my sign-off post (groaningly titled “Post Mortem”—sorry!), I had much, much more to say when the sands in the hourglass ran out:

If I’d had time, I would have walked you through the Museum of Pathological Anatomy in Florence and the taxidermic Eden of the Museum of Zoology in Bologna, its wall-eyed creatures leaking stuffing, unloved by anyone except the occasional devotee of what the postmodern theorist Steve Baker calls “botched taxidermy.” Did I mention the bizarre, Ed Gein-ian anatomical preparations of the 18th century naturalist Girolamo Segato, in the anatomy museum at the Ospedale Carregi in Florence? (A “maker” after Boing Boing’s heart, he crafted a handsome table, inset with what looked like polished stones but were, in fact, human organs, preserved, cut into geometric shapes, and fitted into a colorful mosaic. When Segato proudly presented a local noble with the results of his handiwork, the squicked-out noble declined.) And then there’s the incomparable museum of teratology and pathology, just a building away in the same hospital, with its mind-altering waxes of skin diseases and its wet specimens of congenital deformities, a Boschian garden of unearthly (yet all too human) things, unforgettable, almost indescribable. And then there’s the Museum of Veterinary Pathology and the Ercole Lelli waxes in the Palazzo Poggi, both in Bologna, and…and…

Happily, as I also noted in my last hurrah, I’ll be taking up those very subjects here, whenever I can tear myself away from the writing desk.

The silverware glints, your place awaits, and the waiter is un-dish-covering the dish. But remember: It isn’t etiquette to cut any one you’ve been introduced to.