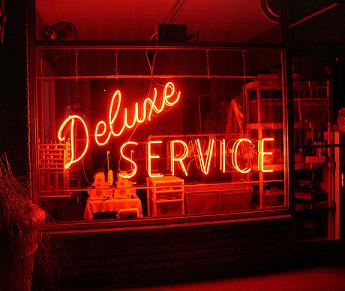 Roomful of Ghosts, the new release from Samm Bennett, is pure awesome, a sob and a chuckle and a whoop and a yowl, dredged up dripping from the mucky riverbottom of his bi-cultural bad self. (“Bi-cultural” because Bennett, an ubiquitous presence on the New York downtown music scene of the ’80s, was born in Alabama, studied African percussion in Nigeria, and lives in Tokyo.)

Call it slumdog gagaku. Or gutbucket p’ansori. Or a black cat moan wrapped around a lonesome train whistle, cured in Tokyo fog and nailed to some grotesque African fetish, deep in the swamp dark. If that’s too clever by half, let me just say that I love the unvarnished honesty of this stuff; the pensive moodiness of “I Burned This Song”; the heart-stoppingly beautiful stillness-in-the-middle-of-a-fast-moving-boxcar vibe of “Until You Kiss Me”; the loping, hypnotic gait of “A Thousand Rhymes.”

And the lyrics! They’re uncut brilliance, reminiscent of the electroconvulsive blues of Captain Beefheart or Rauschenberg’s droll “combines,” Pop art mash-ups like “Monogram” (you know, the stuffed Angora goat with the tire around its middle). They’re a distillation of Robert Zimmerman (the Robert Zimmerman of “Fixin’ to Die” and “The Ballad Of Hollis Brown” and “See That My Grave Is Kept Clean”), swirled together with essence of Robert Johnson and the John Lee Hooker of “Tupelo,” a jigger of Southern gothic (Flannery O’Connor, James Dickey, Harry Crews), and a dash of Ralph Stanley and Roscoe Holcomb, spiked with a shot of Bennett’s obscure wit. Drink straight up; rinse, repeat as necessary.

the wolverine is ticklish

so keep your fingers on the badger’s tail

there’s a card game going in the back room

you could win yourself a bucket of snails

put the caterpillar back on the abacus

take the monkey off the astrolabe

here’s a bone from the tombs

throw it in the river babe

None of which really gets at the buried roots of the thing, because Bennett’s narrative voice is inimitably his own, and this reflexive rock-critical habit of describing an artist’s work by concatenating a string of references or influences (largely imagined) is too often a self-serving display of the prodigious (!) sweep of the critic’s own frame of critical reference, or a desperate attempt to say what something is by saying what it’s not.

On Roomful of Ghosts, Bennett manages to fashion something truly new, truly his own, out of the American idiom, and more specifically out of the Southern Experience (he was born and raised in Birmingham). Bennett’s music incorporates shaky, hand-held footage from his dream life; archetypal images from the blues; the rhythmic singsong of Southern speech (white and black); and the backwoods hoodoo of the Mythic South, as well as the equally eerie placelessness of Alabama’s geography of nowhere: the chain stores and big-box outlets and strip malls full of little mom-and-pop operations that have crawled there to die, fleetingly glimpsed in the blurry footage of the video for “Until You Kiss Me.”

i got it down in new orleans

it keeps smiling at me

as i sleepwalk through my scenes

i think i know what it means

cause i used to ride that train

i used to ride that train

Do I feel as if I recognize the images in Bennett’s impressionistic little vignettes because they’re landmarks on some Mapquest directions printed out from the pop unconscious? They remind me, obliquely, of post-mortem daguerreotypes and William Eggleston’s color snapshots and an abandoned house I pulled off the road to explore, in Maryland, a long time ago, and the tour-de-force passage that ends Thomas Harris’s Red Dragon, a meditation on the ineffable Otherness of nature, set in Shiloh on the shore of Bloody Pond.

But why compare? Is that the only way we can express that which cannot be effed—by conjuring up a tag cloud of allusions to outline the empty space of whatever it is we’re trying to talk about? Isn’t that a tacit admission of language’s inability to pierce through to the essence of anything, especially music? Or just one erstwhile rockcritic’s belated confession that he always did lack what the best music writers have, that Lester Bangsian ability to channel the music through typewriter keys?

Which is, of course, the whole point.