This One Goes to 11: My Years as a Rock Hack, and Other Tales of Searing Shame 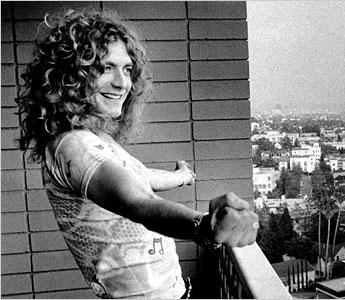 Robert Plant exclaiming “I am a golden god!” Well, wasn’t he?! (Found on the Web; all rights reserved.)

Rock’s Back Pages, a mammoth, pay-per-view “exclusive archive of 50 years of rock ‘n’ roll history,” ranging from articles to audio recordings of interviews, now offers (to paid subscribers, with a few freebies to bait the trap) some of my rockcrit and music journalism from the Early Years of Bitter Struggle.

My page is HERE.

Lester Bangs, golden god of gonzo rockcrit and patron saint to all who toil in the leprous ghetto of music-journo hackdom. (Found on the Web; all rights reserved.)

My statement, from the site:

“As a freelance music journalist in the ’80s, I wrestled with the cognitive dissonance of writing critical essays for art magazines on highbrow subjects such as the video artist Nam June Paik, on one hand, and on the other grinding out music-journo hackwork like ‘Hellbangers! Some Call It Black Metal; By Any Name, It’s The Hard, Dark Underbelly Of Rock,’ a story I wrote for the late, utterly unlamented Hard Rock Video magazine.

Through my interviews with artists and New Music composers in what was then called New York’s ‘downtown’ scene, I discovered British cultural studies and French postmodern theory. Media theorists such as Jean Baudrillard and scholars of fan cultures such as Dick Hebdige offered object lessons in the intellectual rewards of trespassing in the forbidden zone between academic theorizing and pop-culture headbanging. My interest in this sort of philosophical and stylistic cut ‘n’ mix had already been piqued by intellectually omnivorous music writers such as Greil Marcus and Lester Bangs, and by the genre-hopping, quotation-crazy East Village composers, hip-hop deejays, and ‘appropriation’ artists I was writing about. Why couldn’t I do, in rockcrit, what Laurie Anderson and John Zorn were doing in music? Nothing remained, I decided, but to attempt the experiment in gene-splicing cultural criticism I’d been inching toward.

Regrettably, most rock magazines, especially the gear-porn, guy-ocentric trade rags I was writing for, were deeply hostile to such post-disciplinary promiscuity. Which is why I abandoned music journalism for the arts-and-culture beat.

The articles archived here are early, misbegotten attempts at a post-Bangsian, gonzo-theory rockcrit—fossil specimens of evolutionary dead-ends. But most have some obscure charm that makes them worth a glance, at least: insights into the artistic unconscious of artists seldom covered by the mainstream press; stylistic loop-the-loops and theoretical bungee-jumps that actually work, on occasion; or, absent other merits, comic relief—not always intentional, to be sure, but isn’t that the best kind?”