Penny For Your Thoughts? 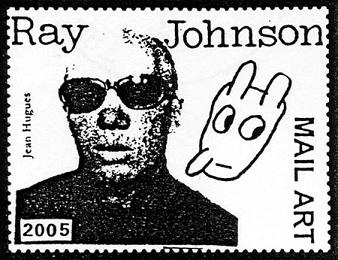 Obtainium. Found on the Web.

Out of the blue, a mail-art publication called Abe’s Penny, which serializes disjointed, dreamlike narratives in postcard form, arrived in the mailbox, recently, to my enduring bafflement. As it happens, I’ve always regarded mail art, with the notable exception of the incomparable Ray_Johnson, as refried Fluxus, a harmless hobby for unemployed grad students who took Yoko Ono’s Grapefruit a little too seriously. Something about the whole idea always struck me as little too twee, a little too hothouse, like so much of the artworld.

Nonetheless, the magazine’s plucky spirit, its faith in the neo-Dada gesture at a moment when most art schools have enthusiastically embraced the Koonsian logic of branding, marketing, and self-promotion (any day now, they’ll cast aside any pretense of anti-bourgeois radicalism and take their rightful places within the nearest MBA program), warmed my heart, or what remains of it, and I struck up a dialogue with the editors, an e-mail exchange that culminated in this curious little interview, whose scattershot fusillade of questions is part of its charm, a magpie mindset that animates the best of that little-noted and sometimes justifiably maligned microgenre, mail art.

Q. What lyric or stanza have you memorized? Please recite it.

Jesus, I am overjoyed to meet you face to face/ You’ve been getting quite a name all around the place/ Healing cripples, raising from the dead/ And now I understand you’re God, At least, that’s what you’ve said/ So, you are the Christ, you’re the great Jesus Christ/ Prove to me that you’re divine; change my water into wine/ That’s all you need do, then I’ll know it’s all true/ Come on, King of the Jews.

“King Herod’s Song,” from the otherwise sachrymose Andrew Lloyd Weber’s masterpiece of countercultural kitsch-cool, Jesus Christ Superstar. A formative influence during the ’70s, when I flirted (briefly) with the Jesus Freak movement. The movie is beyond awesome, from its hey-kids-let’s-put-on-a-Living Theater-show-in-the-middle-of-the-dead-sea plot vehicle—the whole film is, like, Aaron Spelling’s idea of tearing down the fourth wall, with its metanarrative of a bunch of hippie thespians staging a passion play in some Israeli wasteland—to the Son of Shaft wah-wah guitar to Ted Neeley’s angsty messiah to the Bronze-Age Syd & Marty Krofft vibe of the costumes (I want one of those high priest hats, the ones that look like Sacher-Masoch’s idea of chef’s toques). It’s a genre of one: Christploitation. And “King Herod’s Song” is a made-to-order battle hymn for the New Atheists (Dawkins, Harris, Hitchens)—or would be, if they had a sense of humor.